“STRENGTH IS NOTHING BUT A MATTER OF A MADE UP  MIND.“

This ancient art of warfare called as “Kalaripayattu” was born around 3rd century BC  in India . It is crafted by our ancestors , Lord Parasuram and Lord  Agasthya who were the immediate shishya to Lord Shiva . As our ancestors believed in the power of nature and its cure to all our physical and mental blocks, they created KALARIPAYATTU by carefully observing the animals in their natural habitat. There can be no one better than these ancestral beings itself to learn from the survival instincts, alertness and defiantness along with a disciplined pattern in their lifestyle(food, water, sleep).

Kalaripayattu  was suppressed and banned using  all means and  energy by the invaders in 19th century but still couldn’t lead to its annihilation ‘for a reason’. This art is not an ordinary one, it is an authentic  ‘way of life’ prescribed by the Indian Gods themselves and is an asset to be treasured by we ,the people of India.

This art of warfare stands on the pillar of the virtue of INTEGRITY.  And to gain this integrity it grinds you and tests your patience , courage, inner strength & will-power to push yourself beyond.  The principles that this art is based on targets a practitioner in such a way that it does not teach you how to attack but actually, how to sustain an attack.

How Kalaripayattu leads to our Socio-emotional Empowerment?

Kalaripayattu is based on the traditional  philosophy related to science of life .  Every movement in this martial art targets the body in the most unique manner opening up the ‘Jnana Chaksu’  in such a way that it starts with an awareness of the body first and then gradually leads to being aware about ones internal system – the internal organs, mind, and soul.

The  ‘Abhyaasa’ in these holistic movements invigorates one’s  approach towards life as a whole.  For example , an animal posture inspired by  a ‘Sarpa’ (snake) has a multifold approach towards regulating the imbalances by targeting the energy at the base of our spine . As the movement unfolds in the body , the trapped energy starts flowing in the upward direction of the spine rinsing and rejuvenating every ‘CHAKRA’ of the body. This in turn leads to de- escalating issues that are the root cause of self sabotaging tendencies like : issues of  self-worth,  lack of confidence, feeling of fear, defeated and low energy in daily life ,because every dis-empowered feeling is intrinsically connected to an under or over activation of one or all 7 chakras , “wheels of life” in the body.

It is important to point it out that above mentioned benefits of  ‘Sarpa Vadivu’ are over and above its martial character in a combat.

The power of Kalaripayattu can be realized within few months of its regular practice in a form of tangible benefits of  resolved diseases in the body like , obesity, hyper and hypothyroidism , migraine , lungs and musculoskeletal issues and many more.

The basic difference between a warrior and a fighter is that , a warrior needs to train every inch of her existence and attain strength inside to become powerful and indestructible outside. This training to create a robust personality through Kalaripayattu leads to ones social , emotional and ethical empowerment.

Kalaripayattu as an art of Self Defense

Every movement , posture and technique is targeted towards achieving the ‘Sthirta’, in the body and of mind .This is just the beginning of this legendary and authentic Art of India. Eventually, as the practitioner and Kalaripayattu adapt to each other, the nature of training keeps getting intense to such an extent that becoming COURAGEOUS , ‘Tavasi’ is the only natural outcome.

The most unique aspect of it is that the nature of this art is deceptive. It means that you will not know the movement’s real character and application till you become mentally and physically ready to know it and then it gets clear on its own as you progress higher in the art. Such is the magnificence of this Martial Art of India that is treasured by ‘countable’ people around the world working for it to endure even in this fast pacing and ever changing world.

COURAGE TO BE YOU , UNAPOLOGETICALLY 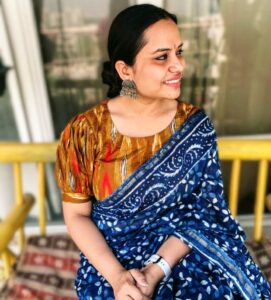 Tavasi , meaning 'courage' is an initiative to create a life for oneself that is free of guilt for not living a life as expected by the soceity. It is to fight against the inner lack of self worth and become the best versions of ourselves. It is to create awareness about the ancient Indian art of Kalaripayattu that builds a strong body leading to an inner strength and a courageous mind.

What ever your question , please feel free to get in touch with us.